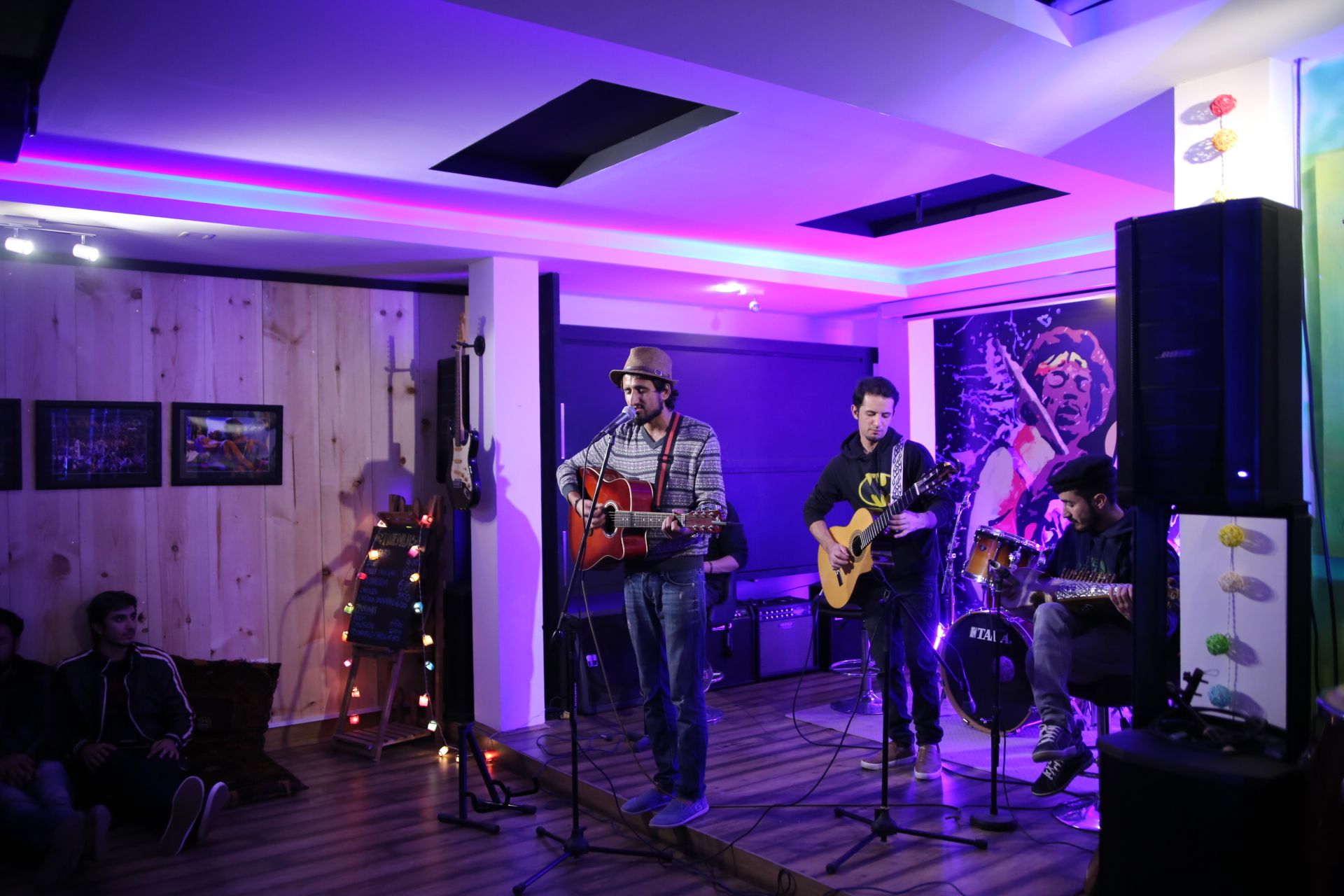 Qashqarian Band is a recently introduced music band that was organized and launched in 2014 by a group of young Chitrali musicians, composers, vocalists and instrument players which provided a new shape, new angle to the performing art.

Introduction of modern instruments like Drums, Guitar, Rabab, and Harmonium, etc was a risk as heretofore these were considered to be alien to Khowar musical art and the general opinion was that any attempt of modernization would only be devastative for the tradition and Khowar culture will lose its identity and originality. However, there was a small section of the art lovers who always recommended and desired a change without compromising the original tunes and scales typical to Khowar music tradition.

The initiative ventured by QashQarian Band not only was received as a pleasant surprise but was welcomed by the audience. The encouraging response of the public paved the way for the Band to reproduce some of the classic songs using a combination of traditional and modern instruments that gave an extra color to the melodies. The Band ever since has performed in numerous concerts like ART LUNGER and TV programs. The composition of ASHEQI ANGAR sung by Irfan Ali Taj and Zoe Viccaji became a big hit. The Band has uploaded many of its remakes in its Facebook page and Youtube channel for its listeners in the country and abroad in general and Chitral – GB in particular.

Qashqarian Band is working for the modernization of Khowar music tradition without compromising the originality, preservation, and documentation of traditional folk music through sophisticated machines under the scientific system for the posterity and to meet the demand of modern society.

Mir Saleem is a resident of Goldur, Chitral. He has completed his Bachelor’s degree from ICMS University of Peshawar in Business Administration.
He is a Social Mobilizer at CDLD – SRSP and working as the admin of Shifa Diagnostic and General Hospital.

His musical expertise lies over the instruments like Rabab, Piano, Violin, and Chitrali Sitar. Moreover, he is a lyricist, composer, and producer.

Muhammad Naveed lead Guitarist of Qashqarian Band belongs to Jughoor, Chitral.
By profession, he is an IT Teacher holding a Bachelors’s degree from Islamia College in Information Technology.

He is a composer, guitarist, pianist, and producer.

Both of these young artists have produced new melodies keeping the originality. Visit YouTube Channel of Qashqarian Band to see more of their work.